If you are looking to expand the bandwidth on your Internet connection to accommodate applications that require a larger amount of bandwidth to operate properly, you may have noticed that there are many different options available including DS3, T1, T3, and OC bandwidth speeds.  If you are currently using a Digital Subscriber Line and it is no longer producing the results you need, it is time to consider other options.

Many people are under the impression that a Digital Subscriber Line and a T1 connection are one and the same.  This is because there are many similarities but there are also differences. A Digital Subscriber Line or DSL is offered to residences in the form of an Asymmetric DSL which means that the download speed is much faster than the upload speed.  This type of connection works for a residence because you typically download more than you upload.  However, for businesses a symmetrical DSL line is typically used since both the download and upload time are the same.

T1 is similar to symmetric DSL because the upload and download speed are the same.  The difference is that a Digital Subscriber Line utilizes Discrete Multitude Modulation which is capable of adapting to a telephone cable where it is shared.  The speed of data transfer depends upon how much interference may be present on the line and how far away you are from the central office of the DSL provider.  A T1 line remains constant however the cost is significantly higher than DSL the farther away you are from the Internet Service Provider.

DS3 is also known as Digital Signal Level 3 and is synonymous with the term T3 so both terms are used to define this type of Internet connection.  They both originate from the T-carrier system which was the original system that was used to provide high speed lines between telephone companies.  With a digital signal line everything is measured from level 0.  A level 0 or DS0 is defined as a single channel running at the speed of 64K bits per second.  If you combine 24 of these channels together this makes up a DS1 connection and if you combine 28 DS1 channels this is what constitutes a DS3 line which runs at 44 Mbps (megabits per second).  Once you connect the DS3 line to a circuit this is known as a T3 line which provides 672 channels.

OC is also known as Optical Carrier bandwidth and the term “optical carrier” refers to a broadband network that is based on fiber optics.  OC bandwidth is offered in a hierarchy due to the measurement of circuit levels in usual increments of 4.  Each level of OC bandwidth offers different speeds of data transfer through a difference in the megabits of transfer per second (Mbps).

Optical Carrier lines are typically used for large corporations and Internet Service Providers that require a dedicated Internet connection.  The Optical Carrier Level circuits which are offered in different speeds accommodate operations that require high bandwidth such as data centers, educational institutions, research institutions, and any other organization that requires high speed connectivity and a large amount of bandwidth to run daily operations.  Here is an overview of the different types of OC bandwidth to provide you with an idea of what it is and how it works.

Hopefully this information will provide you with a better understanding of the different types of bandwidth speed that are available.  Prices will vary according to the type of connection you decide to use and according to the carrier, your location, and the purpose for which the connection will be used. 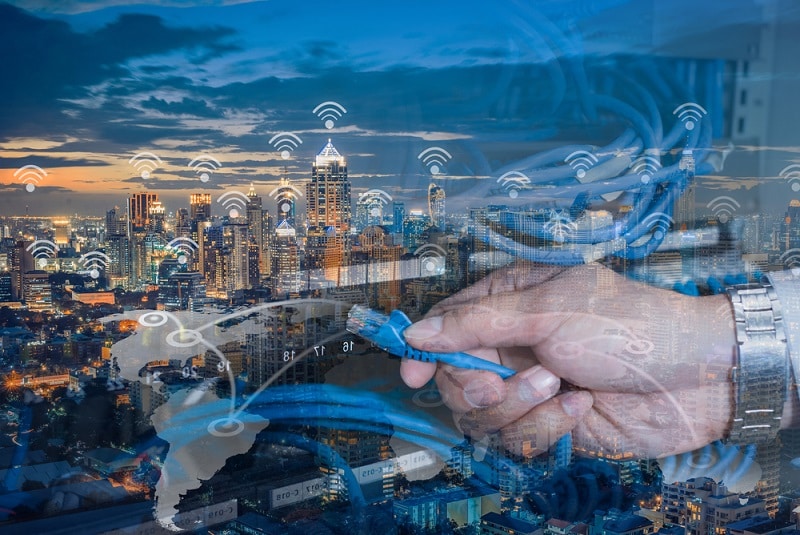