There are multiple transmission technologies out there. With this being said, the data transmission techniques have been evolving. So, if you are considering about the RS FEC Corrections, we have added the relative information in this article!

RS FEC Corrections – What Is It?

FEC is the name for forwarding error correction, which is the process of mathematically correcting the errors. The errors to be fixed are at the receiving end of the data transmission path. In the same vein, it doesn’t call for the retransmission of errored data. When it comes down to the retransmitted data, it is used to correct the errors that can use the available bandwidth for sending the same information.

In the same vein, the end-users will struggle with slow throughput. The FEC will conclude the efficient and effective through-putting of the user data. This is because the bandwidth is not used for retransmission of errored data. On the other hand, if there are no errors in the data to be transmitted, FEC will work up by inculcating the overhead.

There are two basic functions of RS FEC, such as interleaving and bytes. In the section below, we are elaborating on both of them!

For the DSL users, the modems are designed with a higher line rate, promising a similar user bandwidth. If the FEC byte number is higher, it will reflect on higher and more effective error correction. Usually, the bytes are in even numerical values. On the other hand, if the transmission path is error-free, the bytes will be used to occupy the bandwidth.

This is the process of outlining the precise and accurate sequence of user data. Interleaving is optimum for users who want to avoid the error delivery in Reed-Solomon (RS) forward error correction algorithm. The Reed-Solomon offers effective performance for the spaced errors or single errors. In case of noise bursts in the transmission lines, the data bits are adversely impacted, resulting in bit errors.

Consequently, the data will interleave while separating the error bits over the course of time. All in all, the error bits won’t stay consecutive, resulting in an effective FEC process. 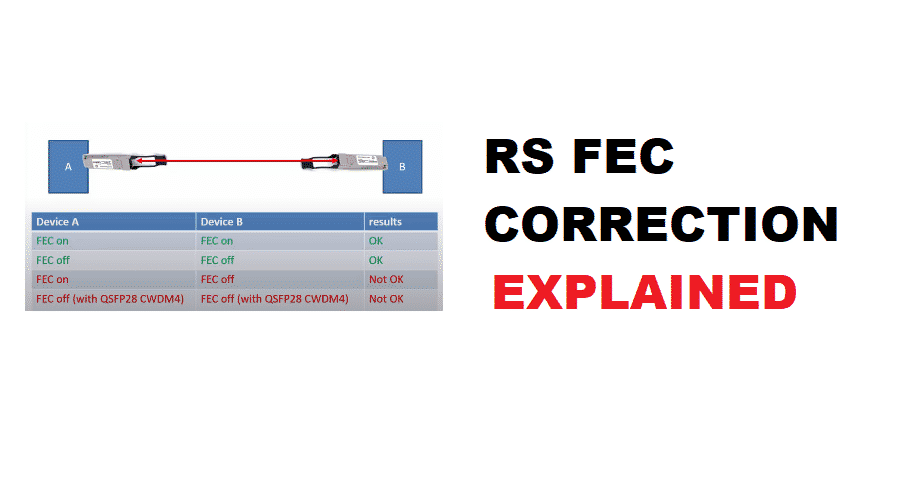