OpenVPN might be the ultimate security platform and protocol out there. However, there are aspects to be mindful of, and Netsh command is one of them. Netsh allows the users to modify or display the network configuration of the computer.

On the contrary, the OpenVPN Netsh command failed has become an issue for some users. So, we are sharing how users can resolve this issue!

To begin with, the users need to ensure OpenVPN is running on a suitable basis first. For instance, experts say that OpenVPN must be run as an administrator if they need to ensure zero errors and hurdles. So, right-click on the OpenVPN icon and choose the “run as administrator” option. As a result, the error is likely to be removed.

There are some settings that people need to be extremely mindful of while using OpenVPN, and one of them is TAP-Windows Adapter V9. In addition, you need to set the right name. So, open the network and internet tab in the control panel and tap on the network and sharing center.

Then, click on change settings for the network adapter and move down to TAP-Windows Adapter V9. You need to right-click on the icon and click on the “change name” option and write tap0.

When it comes down to the Netsh error, the users need to ensure that the internet protocol version is enabled. This is because the IPv6 must be enabled in TAP-Windows Adapter V9. You can follow the previously mentioned steps to access TAP-Windows Adapter V9 and check the box that says IPv6 from the properties. Once you check this option and hit the OK button, you will be good to go.

However, if this method doesn’t work for you, you can download and install the re-enable IPv6 option on the non-tunnel interfaces. As a result, you will be able to resolve the issue with IPv6.

In some cases, all your computer is the refresh and reboot to make sure it starts working again. Before you restart the computer, we suggest that you exit OpenVPN as well as other files. Once the files and apps are exited, switch off the computer and restart it after some minutes. When the computer switches on, start OpenVPN again, and it’s likely to resolve the issue. 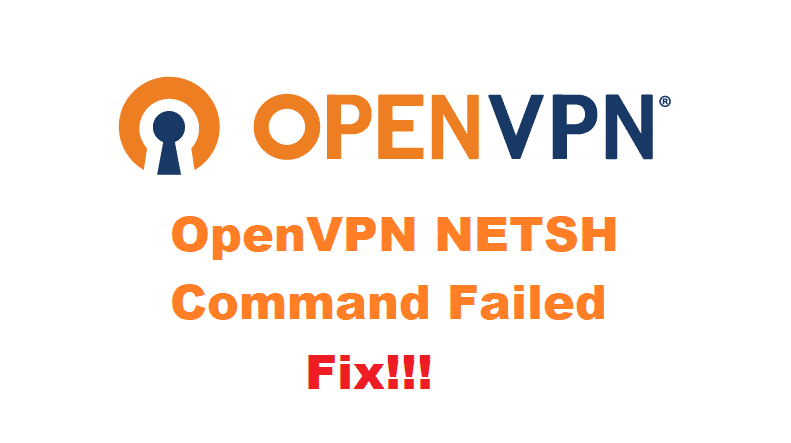