The increased use of wireless devices and the growing demand for video and other bandwidth intensive applications has gradually been affecting the performance of 802.11 g and n networks.  The end result is increased problems when streaming video such as buffering issues, freeze ups, skipping problems, and reduced battery life on wireless devices.

Earlier this year at the Consumer Electronics Show (CES) 2012 held in Las Vegas NV, Broadcom unveiled a new 5G WiFi chip which will improve the efficiency of video streaming and other wireless applications.  It is expected that the 5G WiFi technology will be made available for home wireless networks first sometime during 2012 and prior to the release of 5G mobile devices and tablet PCs next year.

The 5G WiFi chip to be released by Broadcom works on 802.11ac which refers to fifth generation wireless connectivity established on the standards set forth by the IEEE (Institute of Electrical and Electronics Engineers).  This is why you may also see the 5G WiFi chip commonly referred to as an 802.11ac chip.

To provide you with an idea of how much faster the 802.11ac chip performs, the device is capable of reaching data transfer speeds up to a maximum of 1.3 Gbps (gigabits per second).  This is much faster than 802.11n technology which is typically capable of topping out at around 54 Mbps (megabits per second).  Broadcom’s 5G WiFi chip can reach much faster speeds through the use of three streams of specified 802.11ac which work together to achieve speeds which are in excess of 1 Gbps.

In terms of reliability, the 5G WiFi chips also offers enhanced consistency by providing a channel bandwidth of more than 80 MHz which is significantly more bandwidth than you would get with an 802.11n chip.  The 802.11ac also operates on a coding system which is not present in 802.11n technology.

The coding is LDPC (Low Density Parity Check) which is capable of handling next generation technology by operating on a two-phase algorithm for passing messages.  The second type of coding which is used in an 802.11ac chip is STBC (Space Time Block Code) which is capable of transmitting data via more than one antenna by creating multiple copies to improve the reliability and consistency of data transfer.  The result of this coding system is data transfer which directed to the intended device which increases the WiFi range as well as the reliability of the connection.

As 5G becomes more widely used you are apt to see a wider variety of 5G devices becoming available.  Broadcom has already introduced the 5G WiFi chip in a group of different parts all of which offer different levels of performance.  However, the upside is that the lower level 5G WiFi chips are capable of data transfer speeds of up 450 Mbps (megabits per second) which is still several times faster than 802.11n connectivity.  This means that the upper end 5G technology is going to give you much more than 450 Mbps in terms of data transfer rates, performance and reliability.

Additionally, since 802.11ac provides extended WiFi ranges this is going to eliminate a lot of the dead spots which currently exist with 802.11n WiFi networks.  This is accomplished through the use of beam-forming technology which is more capable of transmitting a signal through obstacles such as walls concrete buildings, and other factors that usually stand in the way of a WiFi signal.

Finally, as a result of the 802.11ac technology we described earlier the battery life on 5G-enabled devices will be longer due to the fact that the data transfer rate is significantly faster than 802.11n.  When the data is transferred quickly this reduces battery consumption plus, the 5G WiFi chip is designed to be up to six times more efficient than the current WiFi chips which are installed in mobile devices that operate on 802.11g or 802.11n. 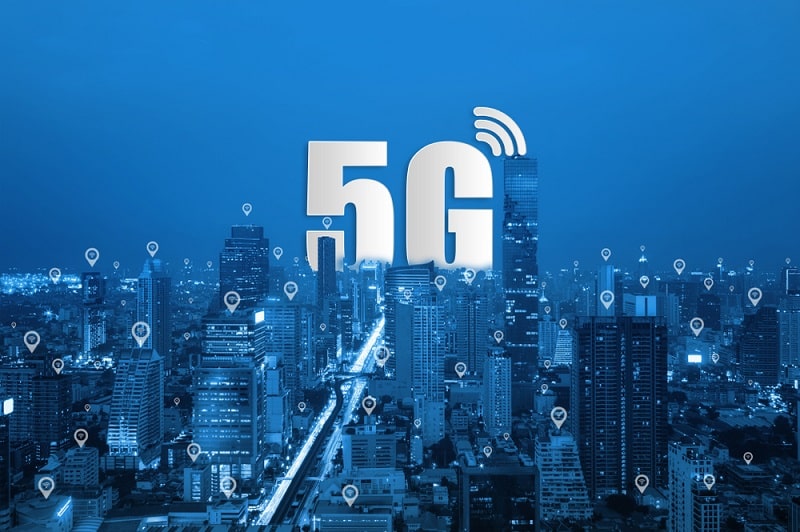