In terms of speed, 3G is a step up from 2G because it offers a faster rate of data transfer which makes browsing the Internet easier and more efficient. The main enhancement over 2G mobile phones is the ability of 3G to support both voice and data applications as well as video due to faster data transmission. This is a significant improvement over 2G which is only capable of providing digital voice service with a select few voice applications such as conference calling and caller ID.

3G was developed to offer advanced connection capabilities for mobile phone applications and therefore offers more versatility than 2G. As a result 3G offers a plethora of multimedia, voice, and data capabilities including Internet TV and enhanced sound and video streaming.

When you obtain 3G from your mobile broadband provider the typical 3G Internet speed you can expect will vary according to your location and the activity that is being performed. To provide you with a general idea, 3G Internet speed can run up to 3Mbps (megabits per second) which is a significant increase over 2G which has a maximum speed of 20Kbps (kilobits per second).

In terms of download speed such as when you access web pages, you can expect 3G Internet speeds of up to 14.5Mbps. If you are uploading files to the Internet the maximum speed will fall just short of 6Mbps. When accessing the Internet with 3G from a fixed location the typical speed is 2Mbps and if you are using 3G in a moving vehicle the speed of data transfer is about 345Kbps.

Similar to other types of Internet connectivity, the providers of 3G Internet access commonly advertise the maximum speeds that are achievable with a 3G connection. However, in most cases the speed is slightly less than advertised which means you may experience a slower response rate when you use different applications that require higher bandwidth. The good news is there are ways that you can improve 3G Internet speed.

Some users of 3G Internet use what is known as an unlocked modem to improve 3G Internet speeds. This allows 3G users to access many different networks that offer 3G access instead of being bound to one network. It is also possible to substitute the SIM card with a prepaid SIM card. A SIM card is a Subscriber Identity Module card that stores the cell phone user’s data and subscriber information. When you switch phones you can easily transfer your data to the new phone using the SIM card.

In terms of improving 3G Internet speed you can use a prepaid SIM card with an unlocked modem so you can switch SIM cards to access other networks that offer 3G at faster data transfer rates. The unlocked modem costs a little more but if it is absolutely necessary to obtain a faster Internet speed this is one way of achieving it.

Another method for improving 3G Internet speed is to change to open DNS. Whenever a mobile user accesses a website it is necessary to enter the domain name of the website. Once the domain name is entered the DNS or Domain Name Server is required to switch the name to a numeric IP address. If the DNS server has high traffic or is experiencing downtime, this can cause your 3G connection to appear as if it is slowing down.

When you obtain 3G Internet from your mobile broadband provider they use a default DNS which can easily get clogged with traffic due to the increasing number of people that are tapping into 3G connections. Instead you should setup an open DNS which you can obtain from websites online that provide you with IP addresses which offer faster 3G connectivity. Open DNS sites are free because they make their revenue from advertising. If you enter a wrong domain name, instead of seeing an error page appear you will see an advertisement.

Even at its slowest rates 3G Internet speed still outperforms its predecessors of 1G, 2G, and dialup Internet connections and offers more options in terms of conducting personal and professional business while on the go. With 4G emerging as the next generation of Internet speed technology 3G applications will be enhanced with the increased data transfer capability with new applications being developed that would otherwise not be possible with a slower Internet connection. 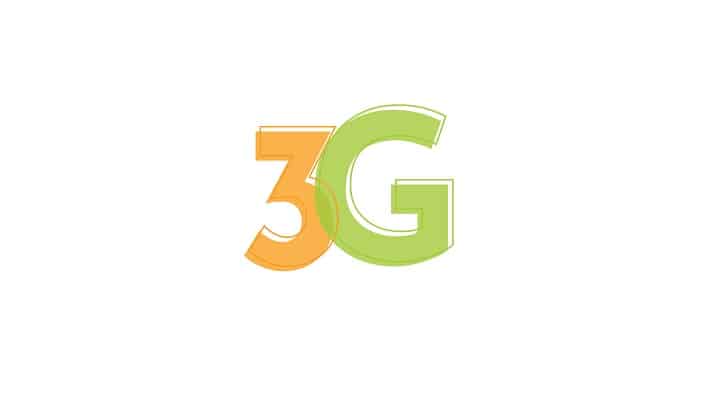