It was June of 1998 when we first took a glimpse at what 1000 megabytes of network speed can do. Since then, the speed at which a common consumer communicates with the internet has gone from single-digit KBs to hundreds of MBs. This is not just an expression of our inherent greed, quite surprisingly, it’s because we require this type of speed. With everything on the internet getting larger and larger, from high definition games to 4k video on YouTube. We need a fast enough data connection to properly communicate with the internet.

Now in the year 2020, researchers have recorded internet speed up to 44.2 terabits. Since such gargantuan speeds can be used in the industrial department, the common consumers now have access to gigabit speeds. It was a company named Starry that brought gigabit speeds to our homes.

Even though we had consumer level gigabit speeds for almost 5 years, it was not accessible to every single individual. It was more of a luxury to dream about than anything else. Even till today, most of us still use 100 megabits of speed, and we do it wired by using a CAT 5 cable.

The cable you get from your ISP when establishing a 100 megabit connection is always a CAT 5 ethernet cable.

Since the main focus of our article is CAT 5 cables, and you want to know if it’s possible to use your old cable after upgrading to a gigabit connection. Let us tell you the answer.

On paper, it’s somewhat possible. But in reality, it’s a big NO.

A CAT 5 cable is an outdated cable to use with a gigabit connection. A CAT 5 cable will take your 1000 megabit speed and drop it to 100 megabits. The reason why it does that, and why you are required to upgrade to a higher rated cable, is described below.

A category 5 ethernet cable is used mainly because it’s cheap. CAT 5 is cheaper to produce but supports higher network speeds.

The cable was first developed in 2001. At that time gigabit speeds were not a thing. The highest speed you would get was speeds up to 1 to 2 megabit, so the issues that this cable had in those early years were either ignored or not discovered.

The CAT 5 cable suffers from two issues. Number one, it cannot support bandwidth higher than 100 megabits. Secondly, it’s highly sensitive to external electromagnetic interference. Both of these issues can limit your gigabit speeds, sometimes even less than 100 megabits.

Once scientists found out about this problem, the CAT 5 cable was enhanced creating the category 5 enhanced ethernet cable. This cable while being cheap, allowed gigabit speeds and reduced electromagnetic interferences. So if you have a CAT 5 cable or your ISP accidentally gave you one. Try upgrading it to a CAT 5e cable. 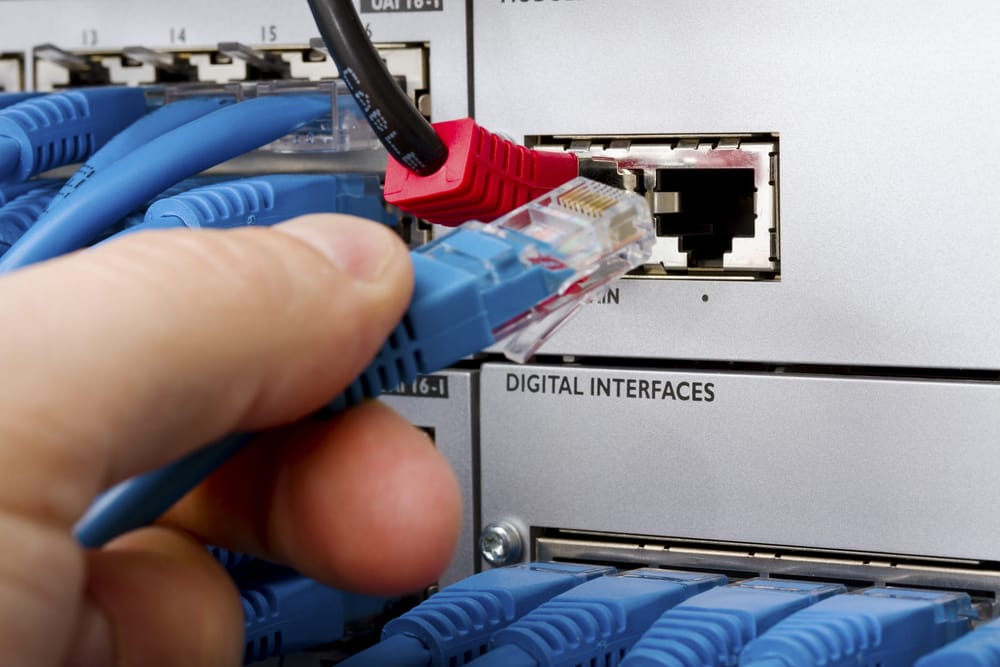