Developed by Bell Laboratories in the late 1950s, the T-Carrier (T-CXR) is a classification of digital transmission services for multiplexed analog voice communication. During the 1950s, AT&T sought more economical and efficient means to provide growth at the local telco plant beyond simply adding to the number of voice cable pairs between switching offices. Engineers developed pulse-code modulation (PCM) to digitally reproduce sampled analog signals. Nowadays the standard for digital audio in compact discs (CDs) and other digital audio applications, it invariably refers to linear pulse-code modulation (LPCM) which describes linearly uniform signal processing or quantinization.

The T-CXR system uses the DS-1 signaling standard, aggregated from 24 Digital Signal Zero (DSO) channels of 64 Kbps of bandwidth each. Thus the DS-1 channel has a bandwidth of 1.544 Mbps. Called a “T1,” it is the base circuit upon which larger T-T-CXR circuits are created.

By using time-division multiplexing (TDM), 24 DSO channels can be combined into a DS1 for use as either voice or data signals or a combination of both. The DS1 frame contains one byte (eight bits) of data from each DSO channel plus one bit for a control frame. Frame transmission speed is 8000 frames/second; thus the total bandwidth of a T1 circuit is determined by the following formula:

Due to the framing bit the actual T1 bandwidth for data transmission is 1.536 Mbps. Synchronization is maintained between customer premise equipment (CPE) and the telco central office (CO) by a framing bit variance utilizing a preset algorithm.

Smaller businesses can opt for fractional T1 service from their local telco. These typically would be a multiple of 4 (e.g., 4, 8, 12, 16) DSO channels multiplexed on the same circuit. Conversely, larger businesses could  order multiple T1 service (i.e., T2, T3, T4). See the table below. Note that speeds above T3 are rare; for higher speeds, optical carriers are generally used.

T1s may use either specialized shielded twisted (STP) two-pair copper cable, coaxial cable, digital microwave or fiber optic cable. In the case of copper, one pair is used for transmission (Tx); the remaining pair for receive (Rx). To amplify the signal, a repeater is used approximately every 3,000 feet.  A T1 circuit terminates at the CPE with a RJ-48 jack, which is a standarized 8P8C modular connector.

Other CPE commonly used include Channel Service Units (CSUs)/Data Service Units (DSUs) to interface routers or bridges to T1 circuits and routers/bridges for dedicated access (either point-to-point or multipoint WAN connections) to local networks. A T1 mux, which multiplexes aggregate T1 circuits for even higher speeds, is more commonly found in telco COs but can be utilized as CPE for specialized applications.

T1s are relatively expensive in part because, as a dedicated service, they are always “on” (e.g., open circuit connection to the CO). Plain Old Telephone Service (POTS), by contrast, signals the serving CO or PBX for dial tone by “closing the loop” and activating line current provided by the CO or PBX.

In the latter part of the 20th century, small and medium-sized businesses (SMBs) commonly used a T1 channel leased from the local telco. This arrangement allowed a measure of networking flexibility as the CPE channel bank would process the DS0 channels into analog signals before interfacing with local area networks (LANs), public branch exchanges (PBXs) and miscellaneous telephone equipment such as faxes, routers, credit card terminals, etc. In this application T1 carriers have largely been superseded by Voice over Internet Protocol (VoIP) and Power over Ethernet (PoE) telephones. PoE uses the RJ-45 jack, similar to the RJ-48, to replace the RJ-11 connector used for single line analog phones. Despite the fact that fiber optic networks have more or less replaced T-CXRs in consolidating communications over high speed backbones, multiplexers and digital cross-connect systems (DSXs) still use T1 carriers as a point of ingress/egress to a SONET network.

Other T1 Applications include the following switched dedicated services:

Nx64-Kbps aka Multirate ISDN. This service uses a type of inverse multiplexing to aggregate multiple 64 Kbps (e.g., DS0) channels into a switched high speed pipeline using a network access device such as a T1 multiplexer, a PBX, a video codec or an inverse multiplexer. The CO switch determines the number of 64 Kbps channels required to support the application, and can be added or dropped from the switched link as needed. With this service, various channels invariably take different paths through the carrier network before being reassembled at the terminating end. Since only a single channel of whatever size needed (in multiples of DS0s) is used, connection setup is much more rapid.

Switched 384 Kbps Service provides a channel the size of six contiguous 64 Kbps (DS0) channels. The 384 Kbps channel is switched throughout the network as a single channel from origination to termination. As it is a switched service, the bandwidth is used only as needed (i.e., not dedicated). Each call will usually take a different path within the network to reach its destination.

Switched 1,536 Kbps Service functions  the same as 384 Kbps, only with a larger channel. It’s essentially a switched T1 service.

Before the Internet, bandwidth need was limited to voice and relatively small data usage. Now, with multiple devices simultaneously devouring bandwidth over one pipeline, consumers of every stripe are seeking out lower costs, greater capacity and more flexibility than what T-CXRs offer. T-CXRs remain a telco-centric product and as such are hamstrung by rigid tariff pricing (typically based on distance) that remains unreasonably high compared to alternative technologies available from cable companies and other service providers. The inefficient use of dedicated circuits, fixed bandwidth increments and hub-and-spoke configurations also push costs higher.

The growing predominance of Carrier Ethernet services appear to have pushed the use of T-Carriers into a limited role within the telco CO. As Ethernet technology has spread to WAN usage, the migration from T-Carrier services for SMBs has grown from a trickle to a deluge. Hence, T-Carriers are no longer the technology of choice for most consumers looking for broadband services. 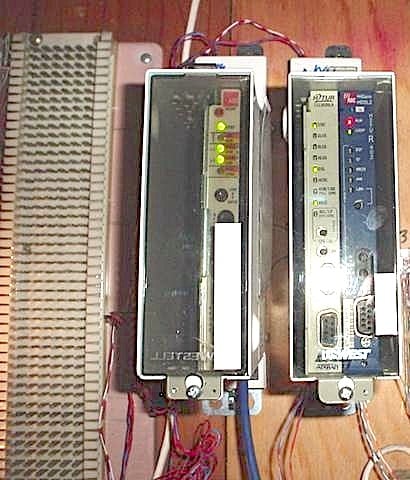